Swiss Banks May Release Names of Tax Evaders to US: What Will the Consequences Be? 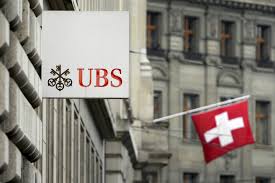 In a move to resolve tensions between the United States and Switzerland over offshore tax evasion, Swiss Banks are preparing to reveal the names of Americans who have held offshore accounts. This is part of a longer negotiation between the Department of Justice (DOJ), the Swiss Federal Department of Finance, and banks that have facilitated tax evaders. In particular, the banks face the tough decision of either divulging the names and account information of American taxpayers with offshore accounts or facing indictment by the DOJ. Although possible indictment seems likely to motivate Swiss banks in providing said information, the results of releasing the names of American tax-evaders are more complex than they may seem.

First of all, the release of tax evaders’ names will push forward the DOJ’s pursuit of individuals using foreign bank accounts to commit tax evasion. In particular, releasing the names and account information of taxpayers who have shifted funds into tax havens will help in the legal prosecution of those using and facilitating offshore bank accounts. This will make it easier for the DOJ to bring back tax dollars previously distributed across the globe as prosecutors follow the money into not only Swiss bank accounts but others worldwide. At the same time, this move will solidify the partnership between the American and Swiss governments, while also easing tensions that have arisen over the difficulties of pursuing foreign tax evaders in a country where tax evasion is not in itself a crime.

Secondly, revealing these names will obviously make it much more difficult for wealthy individuals to continue hiding money abroad. Accordingly, the DOJ is encouraging tax evaders to come forward and resolve their outstanding taxes. In 2012, the IRS revived the Offshore Voluntary Disclosure Initiative for tax-evaders to pay back taxes and interest, on top of additional penalties ranging from 5% to 27.5% of assets held overseas. If banks hand over clients’ names, and those individuals have not voluntarily disclosed their secret accounts to the Internal Revenue Service, then they face criminal charges. Taxpayers caught before entering the IRS voluntary program would then face penalties of half the highest value in offshore accounts for every year of violation. Not only does it make it riskier to continue to hide assets, but even risky to fail to come forward.

Third, the banks involved will hardly be off the hook after providing clients’ names and account information. The above agreement is intended to encourage about 100 second-tier banks to come forward and resolve outstanding tax issues. Yet, it requires that these banks provide complete disclosure of cross-border activities, including information about transfers of secret accounts to other international banks. In addition, they must close any accounts that fail to comply with U.S. obligations and pay substantial penalties. The account information that they provide will determine those penalties, from 20 to 50 percent of assets managed for wealthy American taxpayers depending on whether banks continued activity after the DOJ investigations began in earnest from 2008 onwards. Based on the accounts held with tax-evaders, all will face an individualized deferred-prosecution or non-prosecution agreement, with the latter having fewer conditions, instead of indictment. Even within this process, though, only those banks not already under criminal investigation are eligible.

Fourth, and perhaps most importantly, the revealing of American tax evaders’ names provides a path to resolution for Swiss banks and a means to return to a calmer Swiss economy. This move would come in an important time in Europe when people are more and more critical of tax havens, at the same time that it would ease tensions from the dispute between Switzerland and the U.S. over tax evasion.  Similarly, the release of these individuals’ names would also ease pressure from European Union countries, which are eager to weed out those who facilitated the sheltering of money through offshore private banking services. Even as it raises the risks for tax evaders, says masters in cyber security candidates, it provides a potential pathway to a more stable future for both the United States and the larger global economy.

There are legitimate reasons to have assets in foreign financial institutions.  However, these assets need to be held in financial institutions that comply with the Foreign Account Tax Compliance Act of 2010.  This law affects many law-abiding citizens who have legitimate practical reasons for keeping assets offshore such as: inherited funds; some sort of estate or asset protection plan they are using; have lived or live overseas; and/or want investment diversification.  Some want a safe, US legally compliant place to invest outside the highly adversarial US legal system.  Whatever choice they make they need tax-compliant and tax efficient investments.  The legitimate overseas investments do not evade US tax law.  They may, however, use legally acceptable tax strategies to maximize the investments.